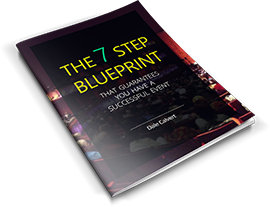 THE 7 STEP BLUEPRINT
That Guarantees You Have A Successful Event!

I met Dale Calvert in 2008 when he spoke at an event in Las Vegas for the company I was working with. When I started my company in 2009 and needed a Key Note speaker for our first company convention I knew I wanted Dale to address our team. He delivered as he always does and I have had him speak at every conference since. He has the best interest of my company and our people at heart and he is not afraid to communicate to people what they need to hear. All I can say is if you can book Dale to speak for your organization, book him.

Your people will Love Dale Calvert!
I have worked with many sales organizations over the past 20+ years, Dale Calvert’s team was the best trained group of profesionals I have ever worked with” Dale is one of our featured tele-class trainers, his classes always fill up quickly, people love him, and he always delivers what they need to hear. If your organization needs inspiration or training get Dale in front of them. I have recommend Dale for elementary school groups, high level real estate brokers and everyone in between.

When we decided to hire a National Training Director for our company we contacted all of our suppliers and Industry insiders and asked them to make us a list of 5 recommendations.

Dale Calvert was the only person on every list. We were happy that he agreed to work with us and conduct a monthly training in Dallas for our up and coming leaders.

Our people connected with Dale immediately and his insights and understanding into this business can only come from someone who spent over 20 years not just as a million dollar earning distributor but also company owner.

We believe we found the number one teacher and trainer in the industry for our people. Dale is not traveling the world and working with organizations because he has to, he does it because he cares.

The lead generation training by Dale Calvert was the best I have heard in the industry. We made a decision to include Dale as the first outside speaker we have ever invited to our special Champions Weekend.

We are 2 months removed from the event and still getting daily testimonies on how our people are applying what they have learned. We recommend Dale to anybody serious growing a business and motivating their team!

Dale is one of the premiere leaders in this industry and created the most amazing “secret system” that allowed him to build a sales organization of 85,000 people and a monthly income of $300,00!

We hired Dale as our keynote speaker based upon the recommendation of our National Sales Director. We asked him to speak on the topic of overcoming procrastination. He delivered his now legendary “One More Night With the Frogs” keynote. Our people are still talking about it and he made a difference on how they view time management and daily production. If you hire Dale to speak for your organization they will not just be motivated, they will also be provided the tools they need to act upon their motivation and become more productive members of your team.

When Dale told me “I never wanted to be a Motivational Speaker, I just always had a desire to help people” everything started to make sense. You have a lot of choices for speakers that can talk the talk, but very few have walked the walk. His real world examples and stories can only come from someone who has personally experienced the emotional ups and downs of business and personal growth. Your people will connect with Dale like no other speaker and teacher, I guarantee it.

Dale Calvert will relate with your people better than any MLM Trainer I know. If you want more for your people than temporary excitement, Dale will deliver. Your people will leave your event with practical, proven, techniques to immediately put into action and create results. HE GUARANTEES IT! Give Dale a call today. I promise you it will be the best move you can make for your company.

Robin Seymour, Opportunity Productions
ATTENDEES TESTIMONIALS
You are already a SUCCESS!
Featured in over a dozen books & publications

1) Peacock, owned by NBCU, has announced that it will no longer offer its free tier for new subscribers, a surprising move. The change in strategy may be due to Peacock not being NBCU's main focus and instead, the company is focusing on Xumo, which has recently been revived as the foundation of a smart TV and connected device venture between Comcast and Charter. 2) Amazon's plans to enter the brick-and-mortar retail market have been delayed, with the company shutting down its bookstores, 4-star stores, and pop-up shops last spring. The opening of new Amazon Fresh stores in the US has also come to a halt. The company was previously targeting January 2023 for the opening of its first big-box store, which would have used high-tech systems from its Amazon Go chain for checkout, but it is no longer working on the project, code-named Reese. 3) Apple's revenue declined 5% in Q4 [...]

Why all great leaders are introverts

From the HustleThey thrive through inner thinking. Speak softly in daily life and carry big sticks. And tend to be super good listeners. But they still get a pretty bad rep, at least in corporate America. Until they decide to turn their life story into a LinkedIn post. Then it gets worse. Jokes aside, just look at Microsoft, Amazon, and Facebook — a few case studies with introverts winning at the top.  The video below explains why. Four myths about introverts (YouTube): They don’t want to leadThey lack adequate people skillsThey communicate poorlyThey hate collaboration They’re coming for your job. Better talk more fluff, because when it all said and done Introverts will run circles around loud mouth extroverts who think they have real leadership abilities. Introverts are not percieved to be leaders, so many times they devote more study and personal education time on the subject. For some strange reason [...]